Do you believe in manicure just like Audrey Hepburn?

If you find yourself nodding to the previous question, supposedly you’re not only setting your heart on pretty-looking nails but also on their health that you can be proud of to take to work or to any place you step your feet on.

To own that kind of nails you’ve been dreaming about, there’s a little hero that plays an important role in the health of your nails. It’s our cuticles!

Cuticles are not only random little scraps of skin, they are made for reasons. In fact, taking care of our cuticles will lead to stronger and healthier nails. Of course, it could happen, as cuticles provide a protective cover for the tissue that grows new cells that build the constantly growing nails. In short, our nails will grow longer and stronger than ever before. Cuticles also act like protective barriers that keep dirt and bacteria away. Thanks to the cuticles we often ignore, nail infections won’t be in our way.

To maintain their health here’s some word of advice from some top manicurist,

Cuticles are still composed primarily of skin, so it’s necessary — even crucial — to keep them moisturized.

With sweet almond oil and jojoba oil contained inside, it prevents your nails and cuticles becoming dry and fragile. Repeated use of it will lead to nail enhancements, keeps cuticles smooth and helps polish last longer, as stated by celebrity manicurist Tom Bachik.

It won’t leave a greasy residue, and another good point is, it smells a lot like almond milk, which is very pleasant to your sense of smell.

Our face is not the only part of our body that we need to exfoliate. As we age, our natural body’s exfoliation slows down, which means dead skin cells are more likely to happen. Exfoliate helps stimulate blood circulation and breathes a new life onto the surface.

Every time we bathe, co-founder of CND, Jan Arnold suggests to gently push back your cuticles using a moist washcloth. You could use a little help from a light exfoliator as well, to get rid of the excess cuticle growth and clear away the buildup of dead skin that naturally clings to it as it grows. Choose products that contain alpha-hydroxy acids (AHAs) in it, like CND Cuticle Eraser.

If you’re irritated with those unwanted hangnails, CND Cuticle Eraser will lend a helping hand. It helps prevent cuticle build-up, hangnails, and conditioning skin. We could say that it is a solid exfoliant that shed dead skin cells away. 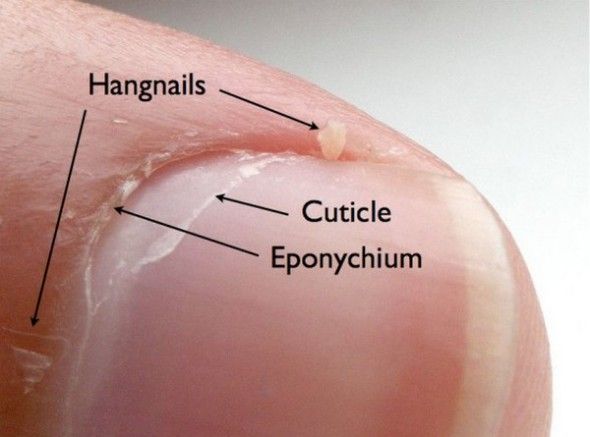 If you never take notice of your cuticle, well, motivators out there says that it’s never too late to make a start. CND Rescue RXx to the rescue! It’s very rich in jojoba oil and keratin proteins, apply to nails at least twice a day and you’ll see the significant change. Peeling and white spots are dramatically reduced. It’s the keratin treatment your-already-damaged nails definitely need, while still restoring moisture.

They say your nails say a lot about you, so are you still want to turn a blind eye to the health of your nails?